Congratulations to the Sandy Creek U14 side on winning their Grand Final in dominant fashion! In what was almost the perfect season for the young Cockies, the Grand Final against the (also previously undefeated) Angaston team was almost as one sided as many of their other games.

Angaston won the toss and batted first, amassing 9/80 from their 40 overs. All of the bowling was tight for Sandy Creek and wickets were shared, with skipper Will O’Brien and spinner Riley Horsburgh both picking up 2/5 from their 6 overs, alongside the other wicket takers Ryan Sibbick (2/15), Riley Greenless (1/4), Ryan Heath (1/11) and Lachlan Wilkin (1/16).

The chase was swift and brutal. After losing Ryan “Heater” Heath early for 1, the two Rileys: Greenless (35 off 23 balls) and Horsburgh (32 not out off 28) ensured not only 300+ run seasons for the pair of them, but also a super early finish in just 12.5 overs.

Awesome stuff from the young Cockies! 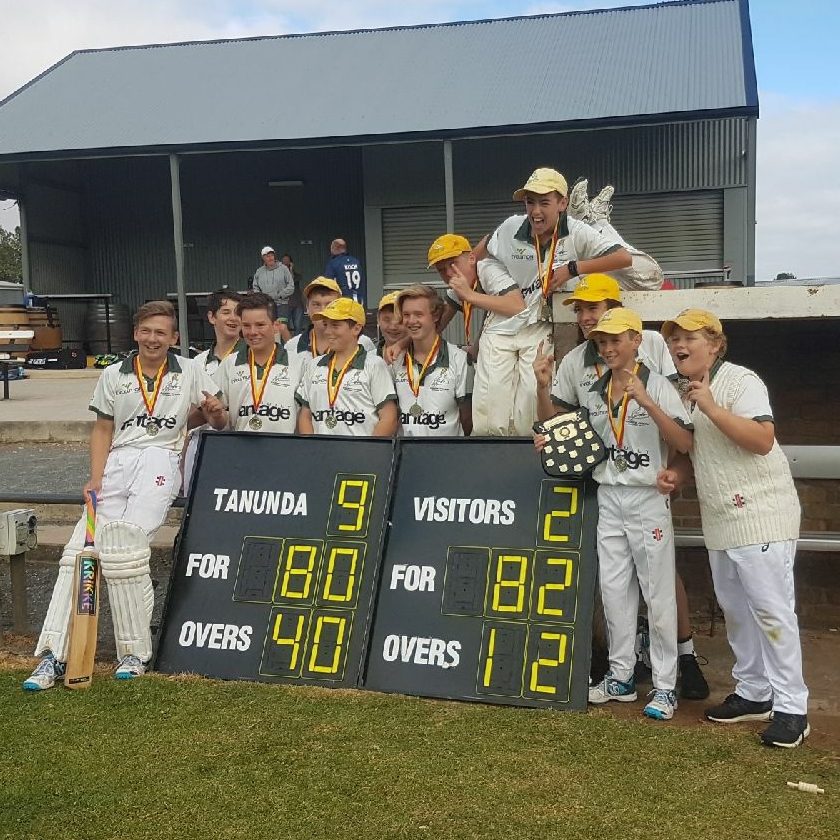