Completing a hat trick of premierships for Sandy Creek, all from fourth position at the end of the minor round, the U14 Sandy Creek Green side were resounding victors over Nuriootpa in the big dance. This was a particularly impressive effort by the lads, as the club’s talent pool was diluted by splitting into two relatively even sides and then they had to beat the top two teams in the competition, including the previously undefeated Light Pass in the semi final.

In the semi final, a great team effort reversed the minor round thumping they received from the Light Pass lads. Batting first, Light Pass were rolled for just 84 in under 20 overs. Bowling stump-to-stump, an incredible 8 wickets were either bowled or LBW. All bowled well, with Brodie Herrmann having the best figured with 3/13 off his 4 overs, Emerson McDiarmid got 2/5 off 3 and Harrison Rosenberg picked up the key wicket of opposition skipper Kohlhagen for just 7. In reply, Sandy Creek got off to a great start via openers Elijah Grantham and Will O’Brien before a middle order collapse of 4/10 caused a minor panic. But Cooper Traeger brought the game home comfortably with 27 not out off just 21 balls, including 3 x 4s and a six. Skipper Will O’Brien was the other highlight with the bat, making 26 retired off just 30 balls.

To the Grand Final, and again the young Cockies were up against a side who had comfortably beat them in the minor round, in Nuriootpa. Skipper Will O’Brien, the leading association run scorer for the season, won the toss and elected to bat. Just like the semi final, O’Brien and Grantham got Sandy off to a great start, with both players retiring. In fact, the first wicket to fall was Hudson Roberts with the score on 112. Sandy then had a collapse of 7/16, with 4 ducks, before Harrison Rosenberg and Lewis Karlovcec steadied the ship with a 20 run partnership. Karlovcec continued on his merry way when O’Brien returned to the crease, before being unfortunately run out for 28. O’Brien and Grantham put on a further 20 runs to pass the 200 mark, taking the side to 9/211 before the innings closed.

Runs on the board are always good in a final, and a 200+ score was always going to be a tough chase. Cooper Traeger struck first, then Will O’Brien went on a rampage, taking 3 wickets in 2 overs including a great catch behind the stumps to Hudson Roberts to have Nuri down on the canvas at 4/2. Much like the semi final, it was a good team effort with the ball. Elijah Grantham picked up 2 wicket with his spin, Brodie Herrmann also snagged 2, while Jack Heckendorf and Lewie Karlovcec picked up 1 wicket each to dismiss Nuriootpa for 96.

The clear Man Of The Match was Will O’Brien with a great all-round effort. Not only did he make 77 not out with the bat and take 3 for 1 (yes, 3 wickets for just 1 run!!) with the ball, he managed to snaffle 4 catches for the game as well. What a monster performance from the young fella!

Congratulations to coach Corey Roberts along with the whole side, as well as the Sandy Creek Gold lads who represented the club with pride as well but unfortunately didn’t make the finals. The future of the club looks bright with the quality and depth of the junior teams, and it’s a testament to the efforts of a whole heap of coaches and committee members over several years in providing such a solid and successful pathway for the youth in the region. 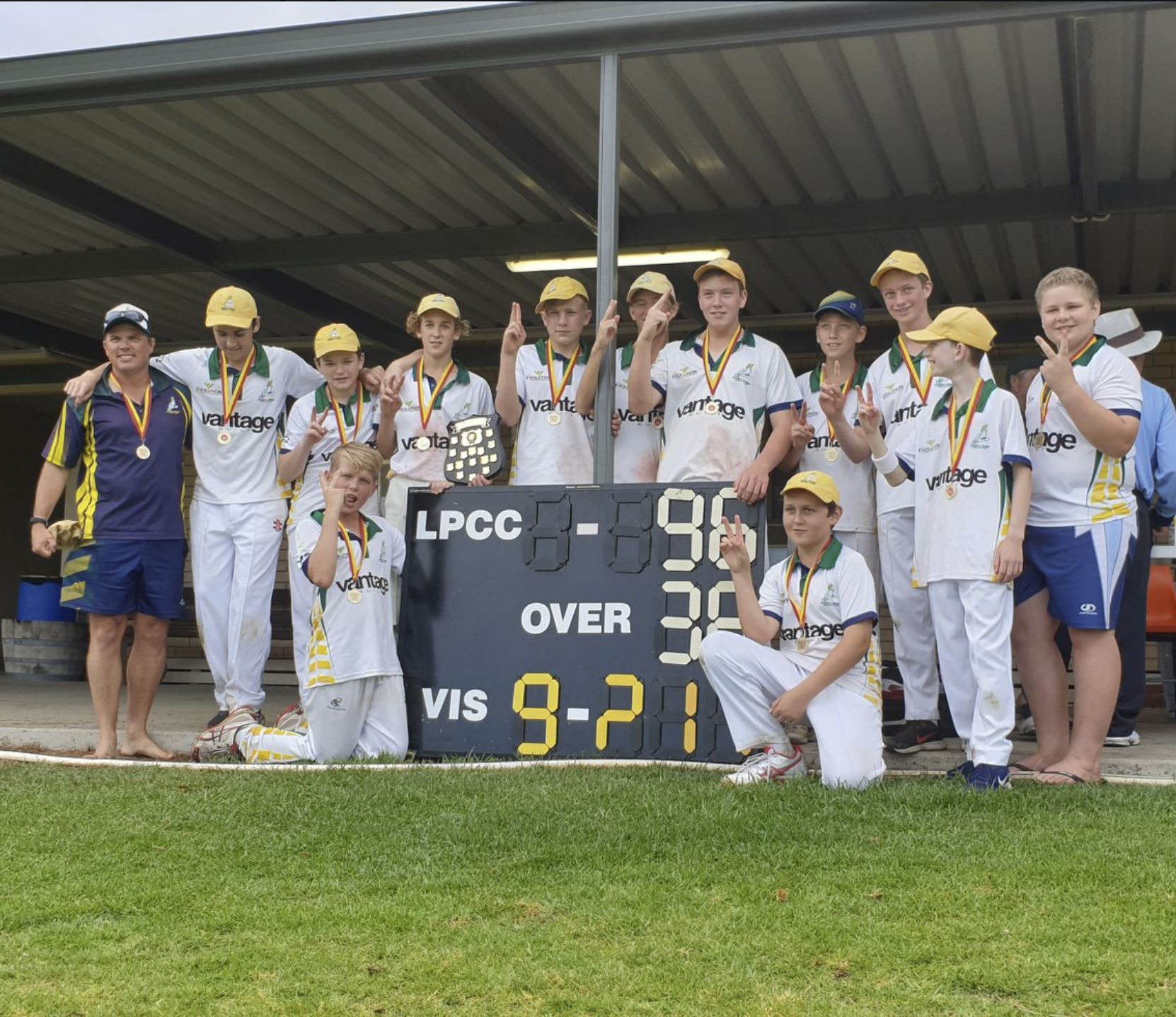