After some middle of the road seasons for most of the 1980s, Sandy Creek finished bottom of Grade 3 in 1987/88 and were demoted to Grade 4 as a result. This proved to be a blessing in disguise and resulted in a major turnaround for the club on and off the field. The Cockatoos appointed a professional coach, Steve Woods, and he brought with him not only proper training sessions, but also three players from Salisbury East who, along with Woods, became an integral part of the 1988/89 premiership side: John Darlington, Trevor Bignall and Brenton Saunders.

Sandy Creek had a fantastic 1988/89 season. After being top for the whole season, they convincingly defeated Brahma Lodge in the semi final by 48 runs, with Tim Freeland (61) and Shane Gray (52) making fine half centuries and Kym Knight leading the way with the ball, taking 3/50.

The Grand Final against GMH resulted in an even more convincing victory. Batting first, the Cockies started well before some middle order wobbles took them from 2/89 to 5/89 in quick succession. Kym Knight and Steve Woods steadied the ship and then Knight continued with a couple of good partnerships with the tail, helping Sandy Creek to 169. Knight top scored with 46, while Vaughn Gray (32) and Shane Gray (33) provided handy contributions at the top of the order.

With the ball, Sandy Creek never let GMH into the game. Starting with Knight (3/36) and Humphries (2/15) bowling stump-to-stump, then backed by coach Woods (4/22) nicking batsmen up to John Darlington (4 catches), GMH collapsed to 7/59 and there was no coming back from there. Sandy Creek ended up dismissing them for just 88, winning by 81 runs and earning a return to Grade 3 for the following season. 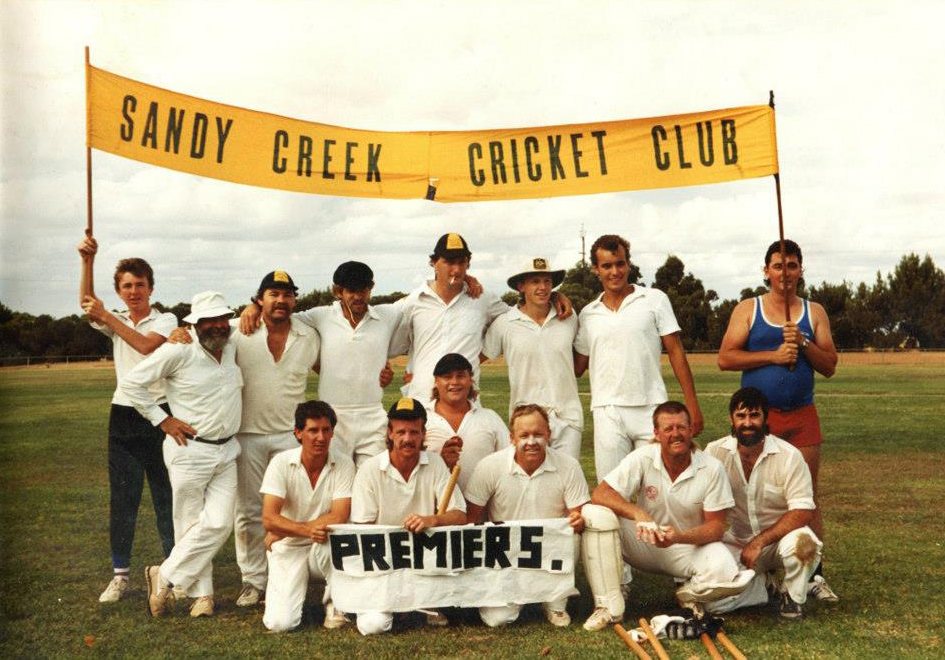