Congratulations to the Sandy Creek Under 16s, coming from fourth position to win the 2018/19 premiership!

A very disciplined performance saw them defeat ladder leaders South Gawler in the semi final. After losing the toss and having to field, the young Cockies proceeded to roll the favourites for 74 runs in just 23 overs. Wickets fell in clumps, no more so than the 7/11 to finish the innings, after South had steadied the ship somewhat at 3/63. Pace bowlers Luke Hajdu and Jasper Roberts set the scene with 2/20 and 1/9 respectively off their 6 overs, but the tail was mopped up nicely by Fraser Mann (2/7 off 3) and the pick of the bowlers in Lachlan Wilkin with 3/7 off 5 overs. Meanwhile, Isaac Werner got the key wicket of the opposition skipper in Clements, who top scored with 42. In response, Sandy made light work of the chase, steadily pursuing victory with 10 overs to spare and losing just 2 wickets along the way. Ben Woods top scored with 31 not out and Isaac Werner was caught for 24 with just 2 runs to get.

So on to the big dance. Greenock were aiming for their third U16 premiership in a row and had finished the minor round in second position. However, due to the heat rule, these teams hadn’t met in the minor round and the U16 competition was quite close and competitive between the top sides, so nobody was sure what to expect.

Skipper Link Ryan won the toss and elected to have a hit. Isaac Werner and Ben Woods took up where they left off in the semi final, getting the Cockies off to a great start. Assistant coach Daniel Koch later said he “couldn’t speak more highly of the two openers” as they “completely sucked the life out of the opposition early while ticking along the score nicely”. Unfortunately Woods (46) was dismissed shortly after drinks, followed by Larsen for a golden duck. But that just brought Riley Greenlees to the crease, who not only saw off the hat trick ball, but struck a powerful 78 in quick time, with 64 of those runs in boundaries (10 fours and 4 sixes). Greenlees shared both a 49 run partnership with Isaac Werner (50) and a 61 run partnership with the other Riley in Riley Horsburgh, who made 25 not out. Sandy Creek finished their innings on 5/220 which is a very challenging total over 40 overs in a Grand Final.

However Greenock has a handy batting line up and both openers were in the top 10 run scorers in the league, so the Cockies knew they had to be on top of their game. Jasper “Kramer” Roberts picked up one of the openers early, snaffling Bawden for just 7. But it was actually Jasper’s incredible one handed catch of the other opener, Austin Poulton, that really proved to be the game changer! Poulton is one of the best players in the league and was averaging an impressive 89 with the bat leading into the GF. After he had made his way to 42 with 8 boundaries it looked like Greenock were still in the hunt, but then Jasper plucked the ball cleanly from the air like a squid off a jig. (Just between you and me, this is an even more incredible story for those who witnessed young Kramer dropping two absolute sitters off Kobi Pope’s bowling in the B’s just two weeks ago! But don’t tell anyone!)

The pick of the bowlers once again was Lachlan Wilkin, with 3/13 off 6 overs including the key wicket of Poulton. Wilkin just did what he needed to do – kept it simple and put all the pressure on the batsmen. Luke “Chopsticks” Hajdu took 2/22 off 8 overs, Adrian “Tugger” Pullman snaffled one wicket, as did young off-spinner Ryan “Heater” Heath who got the top scorer in Schluter-Prouse, while Isaac Werner did a Sorbent job on the tail with 2 wickets.

It was a good team effort all round and an absolute credit to coach Mark Horsburgh, assistant Daniel Koch and captain Link Ryan for their efforts throughout the year. There’s some absolute guns amongst these young lads and with many already playing senior cricket for Sandy Creek, the future of the Cockatoos senior sides looks very bright indeed! 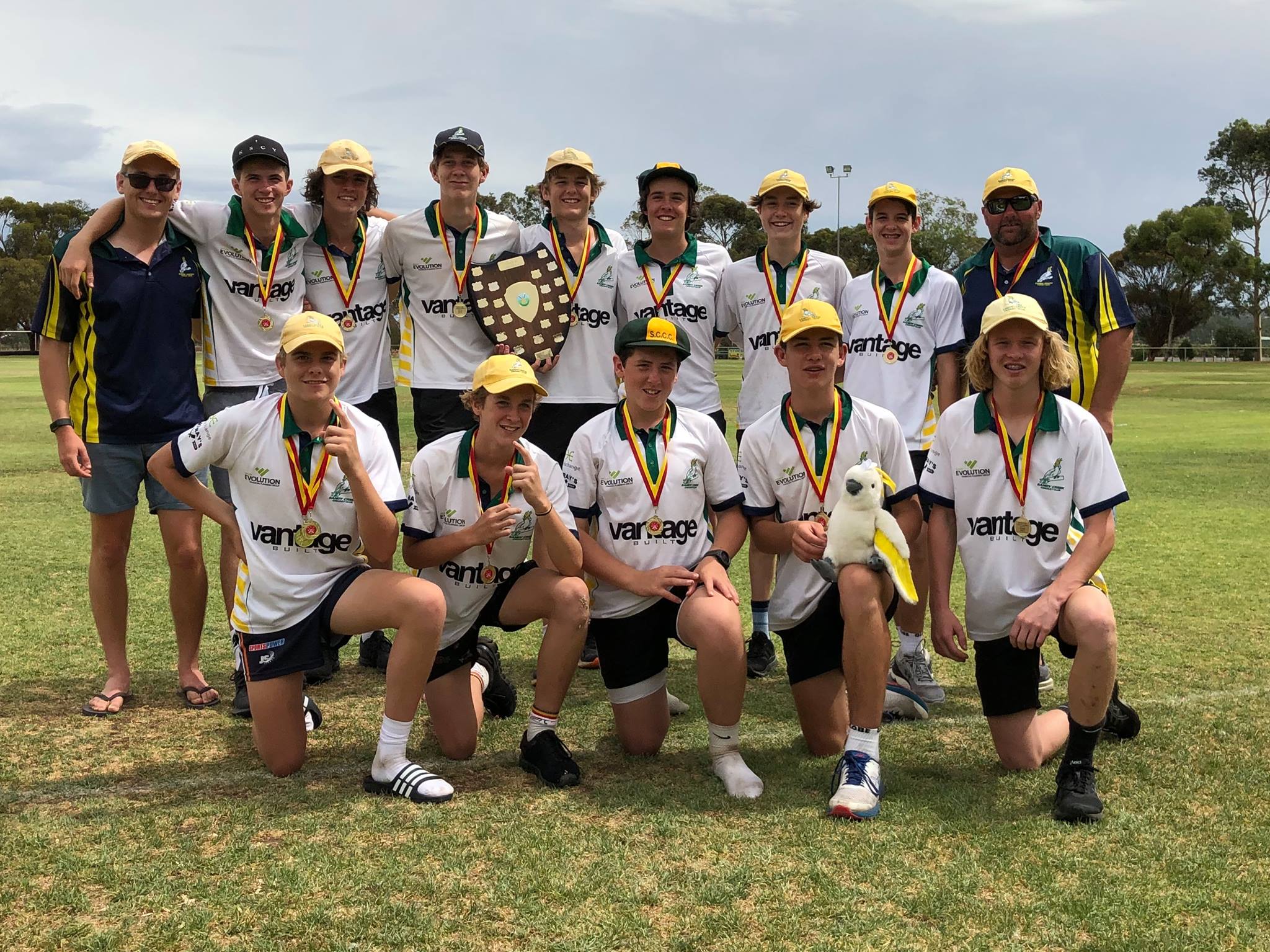