Cricket is one of those unique team games that relies heavily on individual performances and two of the main reasons Sandy Creek were so competitive in 2017/18 were the dynamic duo of Jamie Diener and Rhys Handtke. Both players are superstars in their early 20s who are yet to reach their peaks – when you stop and contemplate that, how frightening is that for opponents in the future? Whether with bat or ball, both players are already top tier performers in the Barossa and Light association, and this was reflected in the Sandy Creek Player Of The Year vote count, with Jamie pipping Rooster by a solitary vote.

At an association level, Jamie won the Mosey Medal for the best player in the whole competition, fulfilling every one of the complements he received from Freeling’s Bluey McMillan in Round 13. Jamie also won the Association batting trophy, with 574 runs at 52.2. Rhys Handtke, the local Red Rooster franchise owner, finished in sixth place as the second best Cockatoo with the bat, scoring 354 runs at 39.3. With the ball, Handtke and Diener also finished one and two for Sandy Creek, with Rooster’s 29 wickets at 10.5 placing him third in the league, while Diener rounded out the top 10 with 21 wickets at 16.7.

Sandy Creek Cricket Club is extremely proud of both these young men, who both capped things off as members of the association’s Team Of The Year. 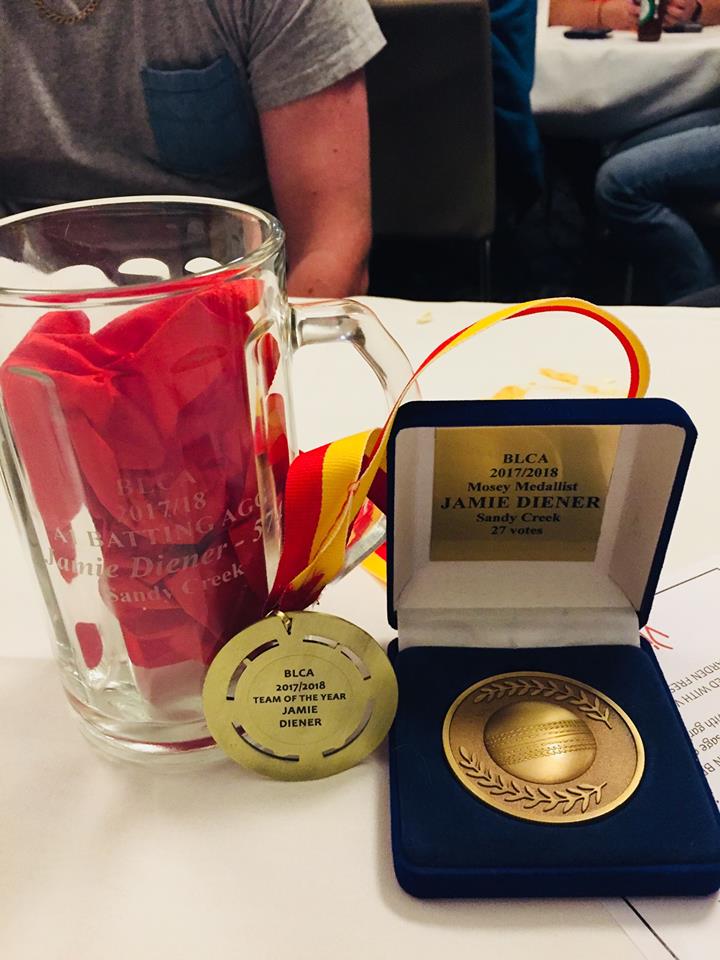