Sandy Creek’s first game for premiership points was on Saturday 29th October 1932, at the commencement of the 1932/33 season.

Debuting in the A2 division of the Gawler and District Cricket Association, Sandy Creek hosted Lyndoch but were no match whatsoever for their opponents.

After dismissing Sandy Creek for just 75 runs, Lyndoch strolled to 3/173 in reply. However, this was just the start of the Cockatoos’ journey and the birth of an ultimately great cricket club.

E.Scroop, believed to be the captain of this side, unfortunately died unexpectedly just a few years later.

The scorecard from the first game is below, taken from the Gawler Bunyip article at http://trove.nla.gov.au/newspaper/article/96679703/9538223 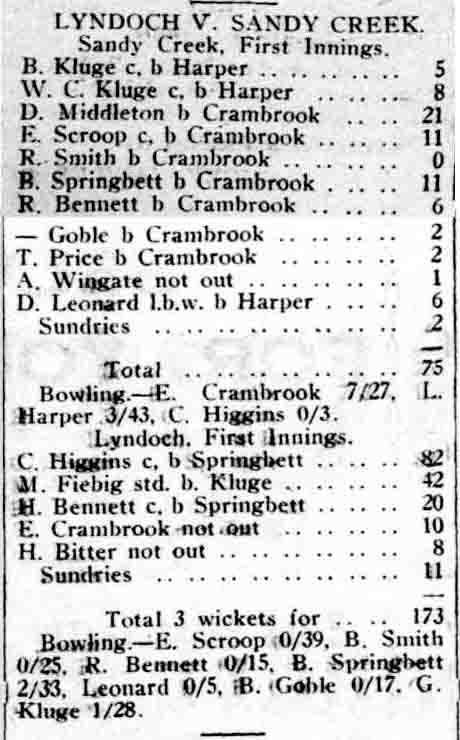