Along with the B-Grade, Sandy Creek’s 2010/11 C-Grade side upset the minor premiers in the big dance.

South Gawler had defeated Sandy twice in the minor round and won the toss in the Grand Final and opted to bowl, due to a strong bowling attack led by McCracken and Dare.

However, this was a decision that somewhat backfired, with Sandy Creek progressing steadily to 169 from their 60 overs. Not a huge total, but runs on the board are always worth more in big pressure games. While Jake “Rambo” Smedley top scored with 33, the runs were shared around with five other players contributing between 18 and 30. 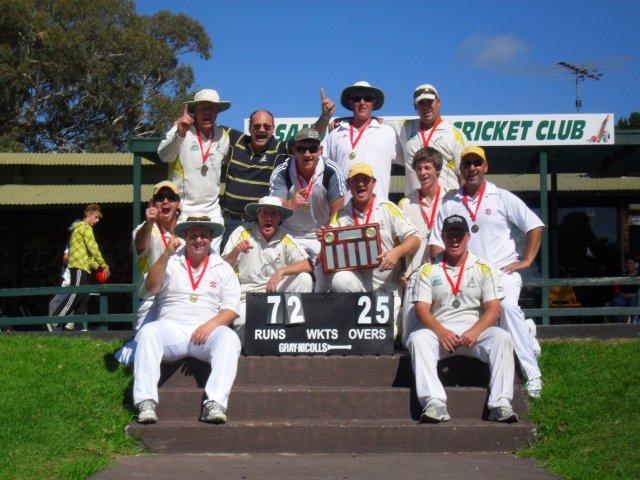